Staying with us you have the opportunity to visit these famous tourist during less crowded time of the day. 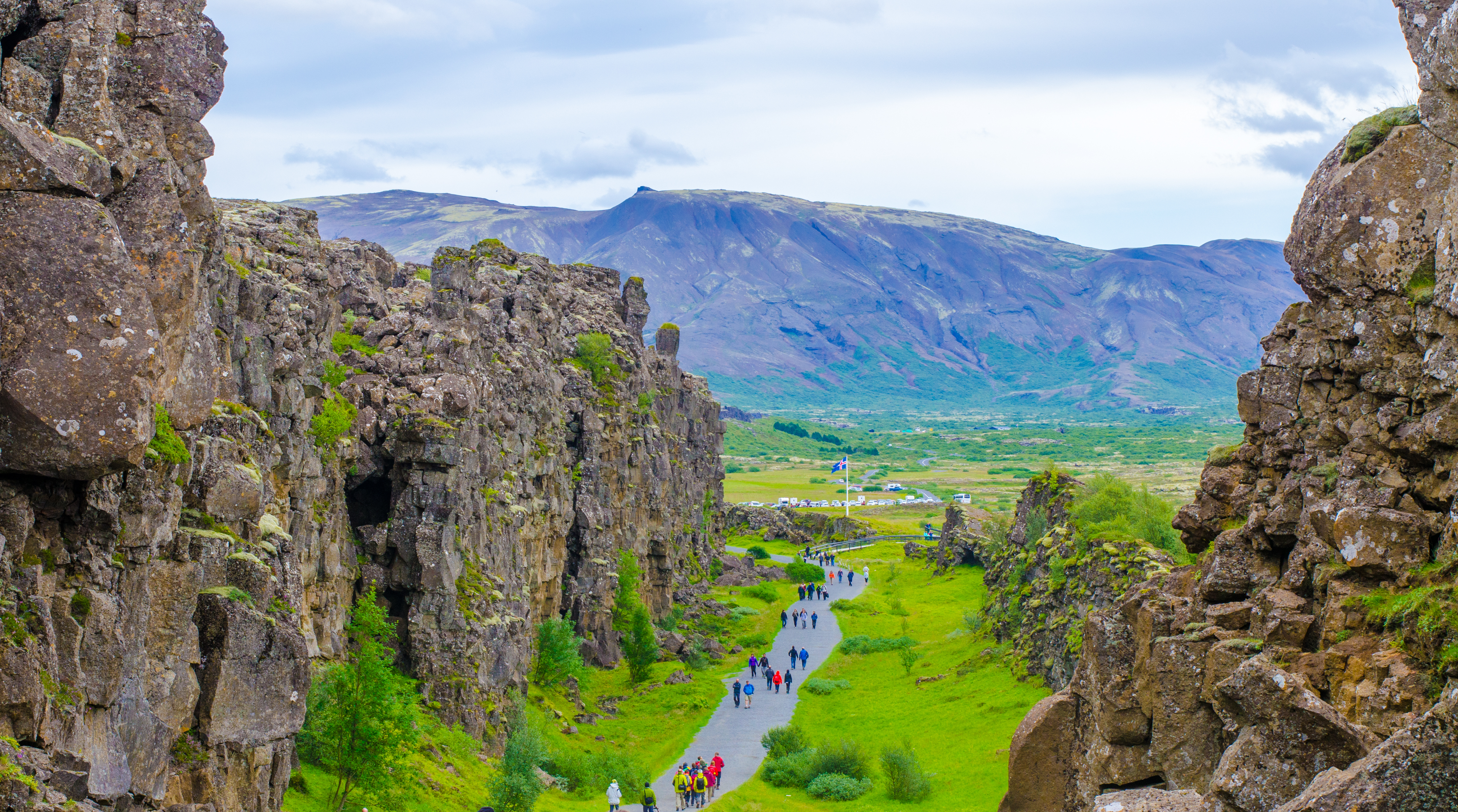 Þingvellir Þingvellir (Thingvellir) is a historic site and national park in Iceland, east of Reykjavík. It’s known for the Alþing (Althing), the site of Iceland’s parliament from the 10th to 18th centuries. On the site are the Þingvellir Church and the ruins of old stone shelters. The park sits in a rift valley caused by the separation of 2 tectonic plates, with rocky cliffs and fissures like the huge Almannagjá fault. There you can dive or snorkle “between continents” of Europe and America.

Gullfoss is so much more than a simple iconic waterfall. It has a story – a story of Sigridur Tomasdottir that saved the waterfall from being destroyed in the early 20th century when couple of business people had plans to turn the waterfall into a hydroelectric dam to generate electricity. Luckily Sigridur fought hard and later the waterfall was sold to the state of Iceland.
She was neither rich nor beautiful, or famous for conquering armies or men. Instead, she championed a cause to preserve a natural wonder from being harnessed for industrial development.

The South of Iceland has numerous spots that have enchanted travelers in Iceland for centuries, such as the world famous glacier Eyjafjallajökull known for its eruption in 2010 affecting flights over the Atlantic ocean. Another world famous volcano also seen from our Cabins is Mt. Hekla. You can easily witness the Northern Lights or the aurora borealis from our Cabins under the right conditions after our autumn gets dark and over the winter. Blue view cabins are located in a great position of tranquility in Iceland´s romantic Countryside only just over a hour´s drive from Reykjavik capital region. 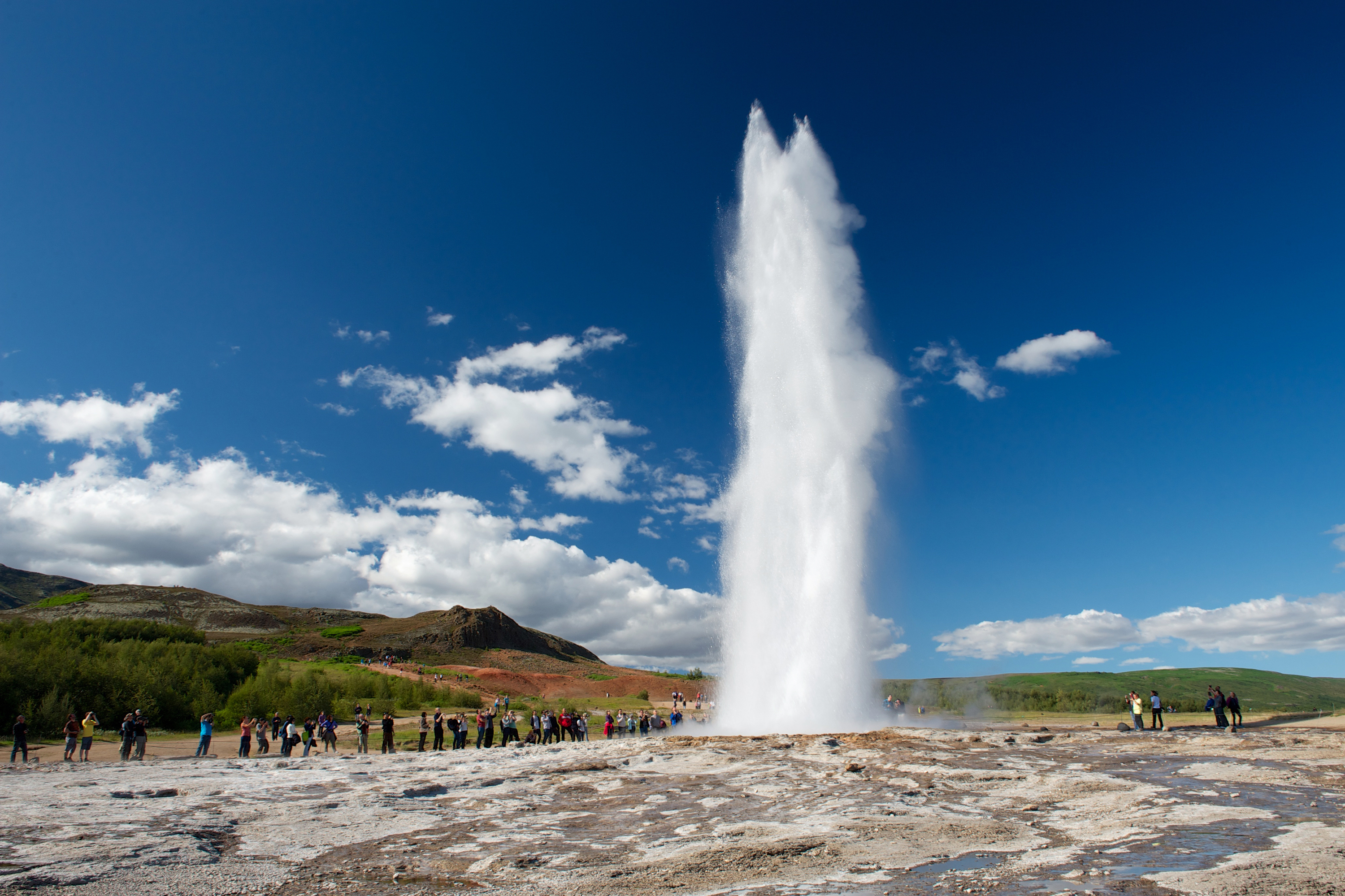 Geysir, sometimes known as The Great Geysir, is a geyser in southwestern Iceland. It was the first geyser described in a printed source and the first known to modern Europeans. The English word geyser derives from Geysir. The name Geysir itself is derived from the Icelandic verb geysa the verb from Old Norse. The Geysir is now “sleeping” but another one, Strokkur, is erupting many times every day.

Just “next door” to the guesthouse we have great restaurant Mika famous for their great pizza, lobster salad and hand made chocolates. Also next door we have mini-market Bjarnabúð, a self service gas station, a public swimming pool with hot tubs. The guest house is next to Friðheimar – a famous greenhouse farm and a restaurant and horse shows that mainly grows tomatoes and offers a wonderful lunch (soup / pasta / tortillas) which you enjoy inside the greenhouse. Nearby you will find various adventures like rafting in Hvítá river by Arcticrafting, Slakki, a domestic petting zoo in Laugarás village with a cafe/restaurant (open weekends in spring and all days in summer, closed in winter) and a horse rental offering riding tours in Syðra-Langholt.